The 2015 Sydney Taylor Awards were recently announced, and Like No Other by Una LaMarche received an Honor in the Teen Readers category. The book was also named a Publishers Weekly Best Book of Summer 2014, a 2014 Junior Library Guild Selection, and a Summer 2014 Indie Next List Pick, among other accolades.

When I interviewed Una as part of The Sydney Taylor Book Award Blog Tour, here's what she had to say about love stories, teen stories, and true stories. 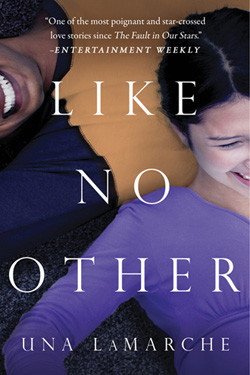 I knew I wanted to write a love story, I knew I wanted to set it in Brooklyn (where I grew up and still live), and I knew I wanted to write something with real stakes. I felt like a lot of the supposed "obstacles" in contemporary romance - He’s rich, she’s poor! She’s popular, she’s a nerd! Etc.- weren’t strong enough. I’m no Shakespeare scholar, but I kept thinking about Romeo and Juliet, about how their families were sworn enemies, and how great it would be to find something similar in modern-day New York. One of the greatest things about living in the city is how inclusive it is, but I needed to find two groups who could believably be at odds. I wanted true forbidden love. Luckily, I barely had to do any work to connect the dots, since they were literally right in front of my face.

Growing up, I had always seen Hasidic families at the park or out shopping, but there was an unspoken rule that we would never interact; we were "other" to them and they were "other" to us. It struck me that that kind of extremely insular religious group might provide the perfect environment for the story I wanted to tell, and after speaking to women who had grown up in those communities, I knew I'd found what I was looking for. There are rules of Hasidic life that govern how to live, whom to love, and who to be. For anyone to break those rules, let alone a young woman - let alone with a black man - well, that would set some seriously Shakespearean stakes.

How has real life impacted your writing, and/or vice-versa?

I draw as much as I can from what I know, just because that’s both what’s easiest and most genuine. In Like No Other, what I knew best was Brooklyn - that experience of growing up in a dense, vibrant, diverse place that’s alternately comforting and a little frightening - but even though I didn’t have a huge amount in common with either Devorah or Jax, I always try to put as much real life experience into my characters as I can. The great thing about being human is that regardless of race, gender, sexuality, or religion, most emotions are more or less universal. I may not have had any firsthand experience with Devorah (my Hasidic character's) upbringing, but I know what it felt like to be a teenage girl. And I'm not male or black like Jaxon, but I know what it’s like to be a city kid under pressure from your parents to make them proud.

What's your favorite part about writing fiction? How do you approach writing non-fiction?

I love writing fiction because A) there are no limits, but mostly B) I’m a control freak and can decide what happens. When I’m writing nonfiction I’m very careful to make sure everything I’m writing is as accurate as possible; I don’t even like to write dialogue in my memoir pieces for fear of getting it wrong or manipulating it somehow. But in fiction there is no getting it wrong - at least from an artistic standpoint - and manipulation is the whole point! It’s pretty awesome.

What books or authors did you love as a teenager?

As a preteen I was a card-carrying member of The Baby-Sitters Club fan club, and a little too emotionally involved with the goings-on at Sweet Valley High. Later, I got into horror and devoured anything by Stephen King or Christopher Pike. I loved Lynda Barry’s cartoon anthologies, and of course Queen Judy Blume. But I also dabbled in Jane Austen, Cynthia Voigt, and Maeve Binchy… when I wasn’t busy obsessively reading Sassy magazine. 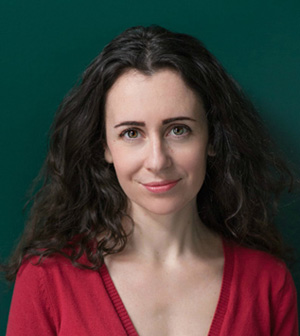 You are a novelist, an essayist, and an Etsy enthusiast. What other nouns or vocations suit you?

When you were a kid, you kept a diary. Do you still keep one as an adult? Does anyone else in your family keep a journal, or write regularly?

I have actually never kept a regular or honest* diary. I was a diary dilettante and still am; I have a sort-of-diary that’s an ongoing letter to my (currently three year-old) son, and I still only manage to update it about twice a year.

*As a teenager I tried to make my life seem a lot more exciting than it was. Maybe that’s why I write teen fiction now?

What are your top ten favorite books?

It was so hard to narrow it down to ten, but here’s an attempt at a reflection of my current list, in no particular order:

Check out the full blog tour schedule as posted at the AJL blog.

Drop by the Association of Jewish Libraries website and the official Sydney Taylor site.