I first interviewed author Courtney Summers in 2008, shortly before her debut novel Cracked Up to Be was released. Seven years, five novels, and many tweets, Tumblr Q&As, and short stories later, her latest novel All the Rage is all the buzz, as is the #tothegirls campaign, which Courtney launched via Thunderclap on April 14th to remind girls everywhere that they are seen, heard and loved.

During her blog tour, I threw three questions Courtney's way. It was difficult, but somehow, I managed to resist the urge to ask her about her love for Pollito, the chicken in Despicable Me 2.

What inspired you to create #ToTheGirls?

I write for and about girls because I believe girls and their stories matter. I think we should take and make every opportunity we can to tell them so.

When you were a kid, were there any books or characters that you connected with strongly?

When I was a kid, I was obsessed with The Baby­-Sitters Club. I was so obsessed they inspired me to start baby­sitting . . . and that was not as fun as the novels led me to believe.

BUT. Those girls were so cool, so any time I could recognize a trait that I shared with any of the characters - from Claudia’s drawing (I loved to draw when I was younger) and her junk food obsession, to Mallory’s writing, to Kristy’s bossiness - I was thrilled beyond words. I felt like I could be as cool as them. Those books had such a positive impact on me and fueled my love of reading.

What's your favorite feature of the Supernatural Clue board game?

I love this question! My favourite part of the Supernatural Clue game is playing as Dean.And then taking it really personally when any of the other characters let him down by being whodunit. Especially if it’s Sam! :)

BONUS: Here's a little quote from ALL THE RAGE... 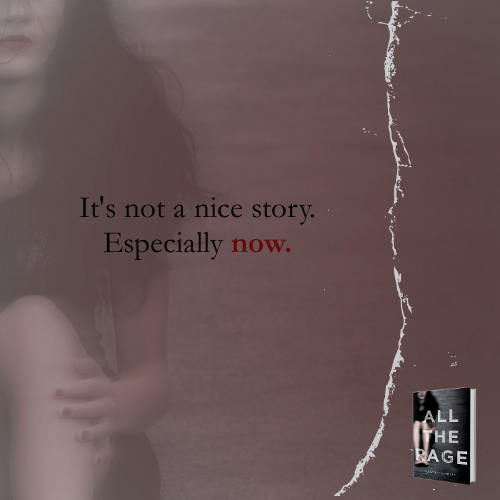